Hong Kong is a major asset management centre in Asia. HK trustee’s law is based on the HK’s trustee Ordinance that had been practically untouched for the last 85 years is based on the English trustee act 1925, until the new Trust Law (Amendment) Ordinance 2013. Some major common law jurisdictions like the UK and Singapore have reformed their trust regulations in the recent years to facilitate trust administration and attract more trust businesses making it more imperative than ever for HK to modernize its outdated trust laws in these aspects and to adapt to the evolving market's needs. The Trust Law (Amendment) Ordinance 2013 is intended to strengthen the clarity and certainty of Hong Kong trust law, and grant trustees modernized powers necessary for the efficient management of trusts in Hong Kong. The ordinance updates the existing legislation in certain specific aspects of HK trust law regime by enhancing trustees default powers, abolishing rule against perpetuities and changing the rule against excessive accumulation of income. In practice though, in most cases there will be a trust deed drafted to govern the powers and obligations of the professional trustees. Here is a brief summary of the main changes to HK trust legislation: Introduction a statutory duty of care for trustees when they are exercising their powers in relation to investment, delegation, and appointment of nominees. General power for trustees to appoint agents, with specified safeguards. Abrogation of the existing rules against perpetuity in respect of new trusts to be set up Abrogation of the rules against excessive accumulation of income in respect of new trusts to be set up, except that charitable trusts. Granting of more powers to insure trust assets against risk of loss or damage by any event, and pay the premium out of the trust funds. Having considered the essential features of the Trust Law (Amendment) Ordinance 2013, the advantages for the settlor in setting up a trust based in HK and with a HK trustee will depend mostly on the settlor’s personal circumstances and country of residence. Some may be attracted by the fact that HK is a major finance and business centre well known internationally compared to “exotic” jurisdictions. 香港はアジアでも有数の資産運用センターとしてしられています。香港の受託者法は新信託法令（2013年改訂版）まで、1925年に英国信託法に基づいて施工されて以来、実に85年間改訂されることがありませんでした。 イギリスやシンガポールといった主要なコモンロー管轄では信託の管理を容易にし、より多くの信託ビジネスを呼び込むため、近年信託法令の改正が行われてきました。

Zetland is now providing a One-Day Incorporation Service for Hong Kong companies. Incorporating a Hong Kong company with Zetland is now even faster and easier than before. Through the electronic filing system Zetland can incorporate a Hong Kong company within 24 hours, compared to 3-5 working days for a standard paper incorporation. In the first half of the year the number of newly incorporated companies in Hong Kong grew by nearly 10% over the second half of last year. By the end of July, the Companies Registry recorded over 100,000 new incorporations since the beginning of the year. It is of no surprise that Hong Kong companies become more popular than ever as a jurisdiction and corporate vehicle for international businesses. Hong Kong Companies have proven to be effective vehicles for investment or group holding, international trade and services due to its advantageous business environment: Hong Kong has a sound legal system based on the British Common Law with well established bank secrecy rules, a stable political system, moderate but reliable economic growth (GDP Q2/2013 +4%), one of the world’s biggest banking and financial market and a simple and efficient low tax system. Thanks to its favourable economic situation and positive growth over the past years in which other economies struggled, the Financial Secretary announced in the 2013 Budget earlier this year further incentives to local companies, such as a 75% tax rebate of up to HK$10,000 and the waiving of the Business Registration Fee (the Business Registration Certificate comprises of a fee and levy). In addition, the Labour Department has announced that with effect from 19th July the levy is being reduced as well. The levy of the annual Business Registration Certificate is reduced from HK$450 to HK$250. In order to stay ahead of its completion of other Asian and international offshore financial centres, Hong Kong has further expanded its Double Taxation Treaty network counting now 29 bilateral agreements: ゼットランドでは、ついに香港会社の1営業日設立を開始いたしました。これにより、以前より格段に早く且つ容易に香港会社を設立いただけることになります。従来の書面による設立が通常３－５営業日を要すことに比べ、電子ファイリングにより24時間以内に設立完了するサービスを提供いたします。

The Executive Board of the International Monetary Fund (IMF) recently concluded its 2013 review of Belize’s economy and released its findings. The Washington based financial institution said that the new bonds, which will expire in 2038, has resulted in a cash flow of US$130 million over the next five years. Late December, the United Democratic Party government of Prime Minister, the Rt. Hon. Dean Barrow, announced it reached an agreement with its creditors on restructuring the country’s US$544 million foreign debt also known as the “super bond.” Prime Minister Barrow described the agreement as “comprehensive” adding it is “sustainable, and it will provide well in excess of the US$150 million in relief to Belize.” Bondholders had rejected an offer last year from the Caribbean Community (CARICOM) country on restructuring the debt. Belize said it could not afford to meet rising interest payments on the bond and suggested that they take a haircut of up to 45 per cent. The IMF said that the debt restructuring took place against prolonged legal disputes over the nationalization of two utility companies, Belize Telemedia Limited (BTL) and Belize Electricity Limited (BEL), and that no agreement has been reached yet over compensation payments. It said the legal dispute may take a few years in court. The report further cited that the fiscal primary surplus for the fiscal year 2012 to 2013 is expected to deteriorate to 1.3 per cent of Gross Domestic Product compared to 2.3 percent of GDP in 2011. “This deterioration largely reflects the continued decline in oil-related revenues and an increase in the wage bill, despite robust growth in General Sales Tax (GST) revenue.” While Belize may be able to breathe a little better with good news on its economy, the IMF, in that same report advised that the country should take advantage and begin to rebuild policy buffers, pursue active debt management, accelerate the financial sector reform and strengthen the country’s economic resilience to external shocks. The IMF is also calling on Belize to advance structural reforms with a focus on removing impediments to private investment, enhancing competitiveness and jobs, as well as, promoting inclusiveness and diversification of exports and energy sources. The report added that Belize also needs to further strengthen the framework on the Anti-Money Laundering/Combating the Financing of Terrorism. According to the report, it was the successful completion of the exchange of the “super bond” for new United States denominated bonds that brought Belize a substantial cash-flow relief.

On 1st of September the new Law on the Administration of Exit and Entry of the Peoples Republic of China came into effect forming a unified entry and exit law for Chinese citizens and foreigners. The new law replaced the previous laws which dealt with Chinese and foreigners separately. The new Law also introduced four new visa categories and reformed some of the existing to be more specific. The major changes are summarized below:

The new Exit and Entry Law introduces the R Visa. In accordance with China’s effort to attract more qualified foreign talent to the country, the R Visa was designed for foreign professionals who are highly skilled or whose skills are urgently required in China.

Under the new Law the L Visa is now limited to tourism purpose. The Q Visa applies to overseas Chinese who are visiting relatives in China. The S Visa satisfies the same purpose of the Q Visa but will be issued to relatives of foreign nationals residing in China. 4.Several other visas will be split in two classes which can be distinguished based on the length of stay. Long-term generally refers to stays of more, and short-term for stays less than 180 days. We have tabularized the new visa regime below:

China's State Council has formally approved the establishment of a pilot free trade zone in Shanghai, according to a statement issued by the Ministry of Commerce on 22 August 2013. Covering 28.78 square kilometers, the Shanghai free trade zone will include the existing bonded zones: Waigaoqiao Free Trade Zone, Waigaoqiao Free Trade Logistics Park, Yangshan Free Trade Port Area and Pudong Airport Comprehensive Free Trade Zone. The pilot zone is a crucial move in adapting to global economic and trade development and imposing a more proactive opening-up strategy, according to the statement. The main task is to explore a new path and model for China's opening up, speed up transformation of government functions and promote economic restructuring. The zone will help foster China's global competitiveness and serve as a new platform for the nation's cooperation with other countries, and contribute to efforts in building "an upgraded version of China's economy", said the statement. The planned reforms include greater liberalization of the service industry, furthering opening-up and innovation in the financial industry, investment management mode innovation, transformation of the mode of trade development, as well as establishing a supervision system adaptable to the pilot zone, the ministry said without offering details. It said the State Council has asked the Standing Committee of the National People's Congress to review and decide on adjusting related laws on administrative approvals and other items in the Shanghai zone. The measure was expected to ease the administrative approval procedures for foreign investment. It's also a first step in setting up a new financial architecture as the country pursues a round of economic reform. According to the earlier meeting, the free trade zone will explore an innovative "blacklist" management system, which only regulate the forbidden areas and all the rest will be open for investors, in a bid to improve the efficiency of foreign investment. Shanghai is seeking to further build itself into an international financial and trading center. Shanghai Mayor Yang Xiong told lawmakers in July that the planned free trade zone would not rely solely on preferential policies but rather on institutional changes. Approval of the pilot free trade zone came as China's economy, the world's second largest, slows in part because of weaker exports. Analysts said previously the establishment of free trade zone in Shanghai raised opposition and disputes from the financial industry regulators, but now the formal approval shows that the Chinese government has determined to open a new round of economic reform.

Malta’s latest offering, available exclusively to third country nationals. A beneficial tax rate, an opportunity to purchase Maltese real-estate and the allure of residing within the EU, make the Global Residence Programme (GRP) not just and attractive fiscal option, but a programme tailored to suit the dynamic lifestyle of the international businessman and woman, as well as any individual simply looking for a great place to settle down. While offering a 15% flat tax rate on income arising outside of and brought into Malta and 35% rate on any other income which does not fall within the scope of the Rules, the rules focus on facilitating access to the European market. With beneficiaries being granted Maltese residence permits, it extends the rights outlined in the EU Charter of Fundamental Rights, affording them the right to move and reside freely within the territory of the Schengen States, making VISA applications a thing of the past. Intrinsically, residence must be established as a state of fact, and applicants are required to either purchase or lease immovable property. In either case the minimum threshold is enticingly low, with rentals set at EUR9,600 in Malta or EUR8,750 in south Malta or Gozo (per annum) and the investment/purchase of immovable property set at a EUR275,000 in Malta or EUR220,000 in Gozo or the south of Malta. The Government’s efforts to streamline the GRP criteria mean that the beneficiary is only required to: Thus article was provided by Dr Christian Tonna of Mamo TCV Advocates. 地中海のほぼ真ん中に存在するマルタ共和国において、マルタ国籍以外の住民に対しマルタでの不動産購入やEU圏内の居住においても魅力的な優遇税制が発表されました。 移住プログラム（Global Residence Programme-GRP）はこのような財政面の付加価の提供だけでなく、個人が居住するにふさわしい場所を見つけると同時に、国際的なビジネスパーソンのダイナミックな生活スタイルにも適応するようなプログラムとなっています。 © 2013 Zetland Fiduciary Group Limited, All rights reserved.
ニュースレター 20th April 2015 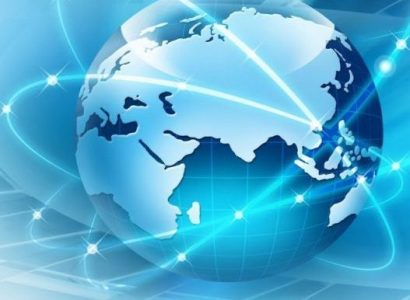